Cooking to Impress A lifestyle book About Cooking

The latest book by Charles W Davis Jr. A lifestyle guide for those with no cooking skills but who wants to cook a special meal 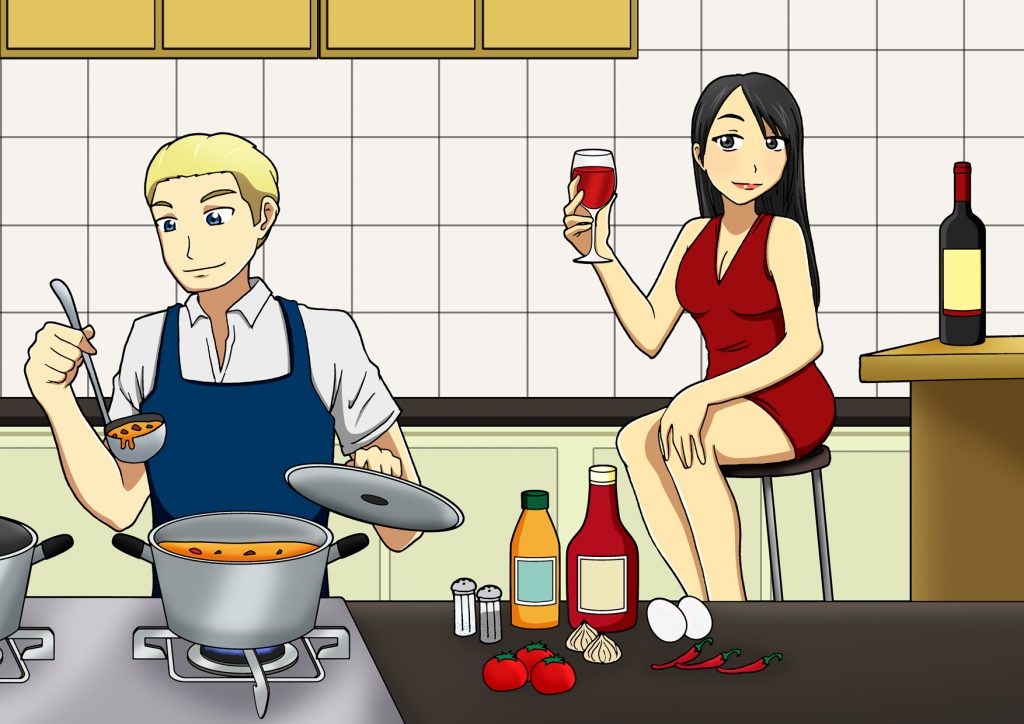 To many people, food has gone past the point of being the basics of substance. It is often the central point of our social interactions. Family gatherings often feature a feast, just think of Thanksgiving or Christmas dinners. Going out with friends and pizza may figure into the plans. It also played into relationships. We often hear the phrase “the way to a woman’s heart is through her stomach”.

Oh, wait that supposed to be the “way to a man’s heart”. In the past, it was a mother’s duty to teach her daughter how to cook so that the daughter could take care of her husband when she got married. The first home-cooked meal be it for a boyfriend or newlywed husband was a major milestone, both respected and feared. Society saw women as the family cooks, while the belief was that the best chefs were men. Times have changed but some of that thinking still remains.

We often hear people talking about good cooks, frequently a grandmother, and they mention you can tell she put love into her cooking. In one of his cookbooks, the world-famous chef Graham Kerr, calls cooking an “Act of Kindness”. He explains that cooking is not a chore but an activity that shows you care about who you are cooking for including yourself. The more creative you are in the process the better the results. I consider myself a good cook, while many of my friends say I am a chef and my cooking is impressive. Many of the meals I cook are improvised, using a meager starting point and making a few changes.

Not a Traditional Cookbook

This book is not about making you a chef, it is not a cookbook nor a how-to book. While it will include some of those elements, It is more of a concept book. It is about creating your specialty, the dish that will impress someone with your cooking. However, there is no reason to stop at one. A chef has to know about the full range of cooking, you will start with just basic preparations necessary to prepare a meal or two. The recipes in this book are used as examples of what you can do. They represent some of my favorite “Cooking to Impress” dishes. Each can deliver an unforgettable meal that only you will know was easy to prepare. The book will discuss other items that will help you turn a simple meal into a culinary experience.

Posted in books | No Comments

Links to my other websites:

Powered by Wordpress. Designed by